The world economy is a ticking time bomb. At some point, the bomb will go off, paradigms will shift, and epic fortunes will be lost and made.

This isn’t a pessimistic doomsday forecast by some sort of permabear; it’s the unavoidable economic truth.

Artificially low-interest rates have been used almost non-stop as an easy economic Band-Aid by the world’s government banks. Unfortunately, massive systemic risk has been built into these falling rates that threaten the entire world economic regime – and it’s only getting worse. 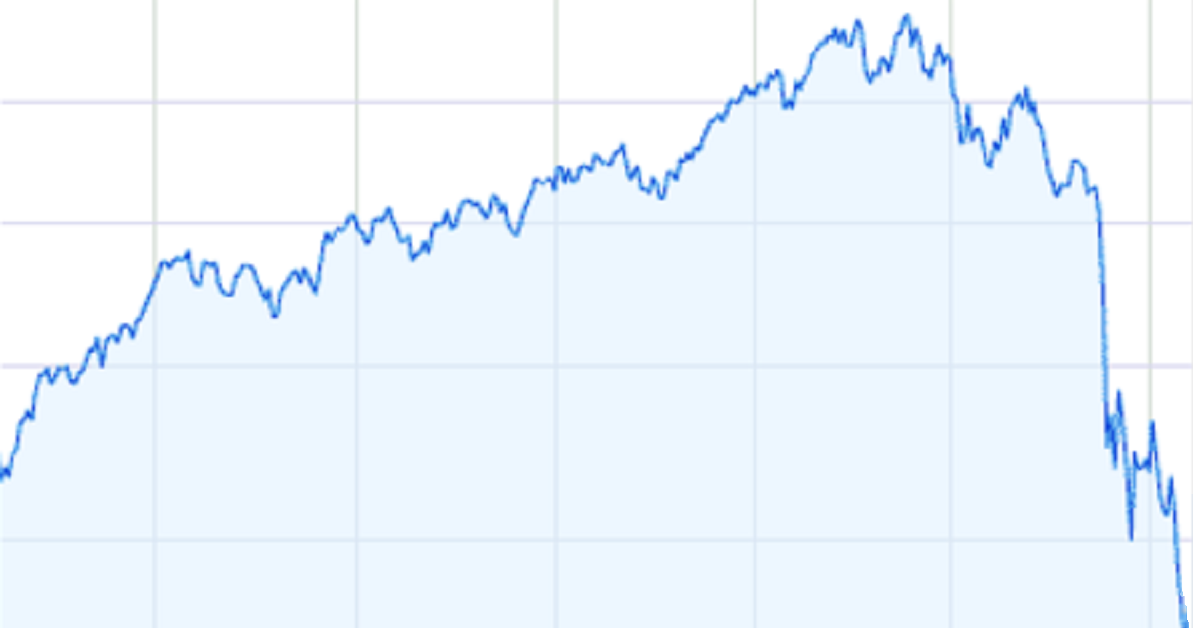 To understand the risk, we need to look at one of the most fundamental mechanisms that run markets: pricing.

NOTE: This article will cover some basic theory. It’s critical to understand economic and financial theory – especially beginner concepts like those discussed in this article. Without understanding these basics, everything you do is just a roll of the dice.

How Prices Work and Why They Matter

Prices are the mechanism by which the invisible hand of the market communicates with us and shows us where to allocate our resources.

If we ignore prices, there will be consequences.

Imagine a barber deciding to only charge $0.01 per haircut. Will this increase business? Probably in the short run. But eventually, he’ll pay the price because he won’t be able to survive while operating at a loss.

Imagine Wal-Mart decides to sell cans of beans at $500 per can. Think they’ll sell many cans? Probably not – ignoring the prices will just leave cans on the shelves.

For example, just look at rent control. Economists know that rent control – when a government essentially bans landlords from raising rents beyond a certain level – leads to rent being more expensive over time for a drastically lower quality rental property.

The government is artificially manipulating the price of rent – and there are immediately massive issues with the supply of quality living space. This is economically unavoidable.

Prices matter. If you ignore prices, you cause major negative consequences – eventually. People will either not invest what they should invest in an asset – or they’ll invest too much. Either way, there is economic destruction.

Without getting too bogged down in the mechanics, the Federal Reserve has the ability to greatly impact the interest rates in the United States by changing the federal funds rate – which is the rate banks loan money to each other on a short-term basis.

The Fed doesn’t do this purely through some sort of free-market mechanism – they are instead using their banking power and privilege to change the rates. So when the Fed changes interest rates, they’re essentially utilizing government-caused price controls.

Remember earlier when we talked about how ignoring prices will lead to either too much or too little of something? Ignoring the price of money – ie, manipulating the cost of credit – also leads to the same destructive results.

Interest rates are the price of borrowing money. That’s what interest is – it’s a price you pay in order to borrow money. Because of this, interest rate manipulation has the same outcome as price controls.

When interest rates are artificially low, that leads to investments that don’t make sense. However, because capital is so cheap, people will still make the investment – eventually leading to a horrible bust.

The history of manipulated interest rates shows a history of bubbles that eventually burst in fantastic fashion. When interest rates are low, they provide financial organizations an incentive to fund more and more risky investments since the threshold for what works is simply lower.

For example, if an investment fund knew it could only borrow at 8% above inflation, it likely wouldn’t take a massive gamble on quite as many opportunities – if the cost of capital is higher, one typically protects it more.

The history of markets confirms this again and again. The phenomenon also plays out in study after study.

For example, an MIT study published in 2018 explained the following:

“Using simple randomized experiments of investment decision making, we show that allocations to the risky asset are significantly higher when interest rates are low, holding fixed the excess returns of the risky asset. We find consistent results in different settings, and in diverse subject pools including MTurk workers and HBS MBAs.”

This phenomenon is shown throughout history, in experiments, and can be seen playing out almost in real-time on CNBC. The lower the rates, the more people are taking big gambles to make money with risky real estate investments, business decisions, and personal financial decisions.

All the risk begins to pile higher and higher. It becomes a house of cards. And, eventually, something knocks over the house.

The freer the market, the more the market is able to efficiently price everything within the market. While definitely not perfect – we’re dealing with human beings here, after all – it’s still an incredibly powerful system able to calculate far beyond what anyone could intentionally calculate. An artificially low-interest rate is where someone violates the market – IE, utilizes force. An artificially low interest-rate is when the price of lending lower than it naturally would be.

There’s a reason people won’t lend money at a certain price. It’s too risky for too little reward. There’s a reason the price must be forced to be lower – the risk is being either fully or partially ignored. Structurally ignoring risk is a really bad idea.

Because of artificially low-interest rates, debt has been skyrocketing for years. Risky businesses, risky real estate deals, massive personal consumption – these have all been made possible by extremely low rates.

More specifically, we can look just through the last few decades and see quite a few jarring examples of massive economic destruction caused by manipulated prices.

Debt Bubbles and the Next Economic Disaster(s)

We don’t know exactly when the bubbles will burst. We don’t even know, necessarily, what the bursting bubble will look like.

But we know it will happen. And that’s why it’s critical to learn the basics of financial strategy to prepare yourself and your loved ones.

During times of disruption, not everyone is wiped out. Some people will always benefit. Once you know what to look for, that can include you.